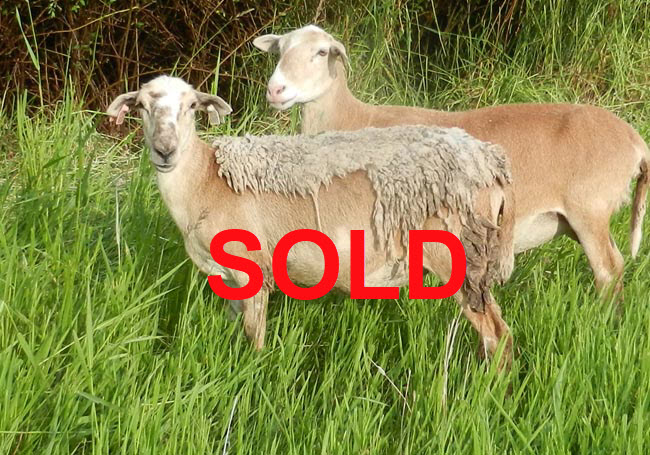 Offered for sale as a commercial yearling ewe, bred $300

This is a good-sized buckskin ewe with a lot of white markings. She has a lot of color in her pedigree. Her EBVs are modest, partly because there isn’t a lot of data in the system for her dam’s side. I expect her to be a consistent twinner with no extreme traits. She retained enough wool this year to qualify as a “C” coat, so I’m selling her unregistered as a commercial ewe, at a discount. She’s shed enough to not require shearing, so it’s just an aesthetic issue. Sometimes sheep that shed this far as yearlings do shed fully in subsequent years. If she does, I could upgrade her to registered later for another $100.

This ewe has been exposed to a ram, due to lamb in April 2018. EBVs from this year’s lamb crop data. Photo taken early June.