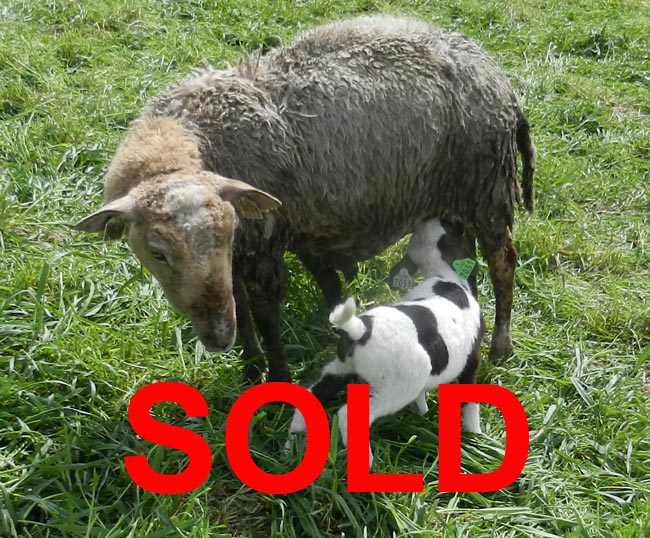 This is a chocolate ewe with a white snip/krunet marking and three white socks. She is a good mother and lambs freely. She  has good growth metrics. Her NLB score is moderate, which would make you think she’d always single or twin, but she’s had triplets twice, so it shows there is variability in that metric that’s influenced by husbandry. But, this metric does imply that her family’s tendency is towards lower birth #s. Her NLW score is very high, so survival is a hallmark of this pedigree. There is some “old stock” Katahdin genetics in this line which bring in fresh blood to compensate for some of the over-used sires in the region. There is a great-grandsire from North Dakota State University, a progressive breeding program that focused on EBVs early-on, and that sire still has a high index today, showing that he was a good investment in the future. Her maternal great-granddam had 30 lambs in her lifetime of 13 years, so was a very productive ewe! I’m selling this ewe because I’m always working on increasing my maternal milk scores, and she is low here. But she is a good mother who has shown twice she can raise triplets, they’ll just grow slower on grass. If she is fed a richer diet (alfalfa and/or grain), and/or the lambs are creep-fed, they will perform as well as others, and you’re likely to get higher yields out of her.

This year she is raising a set of twins. They are sired by Rugby. He has very high growth and milk scores, but is more modest on prolificacy, so this is a nice pairing where the hope is that the lambs will combine the best of both parents and offer generational improvement. The ewelamb has some pretty fantastic pinto markings, and the ram lamb will be castrated and will make a nice grower lamb. He is dark chocolate with a white krunet. She can go to a new home today with her lambs at side. I’ll wean one of them in July, and the other in August, so she could go with one lamb at side before late August, and solo after that. 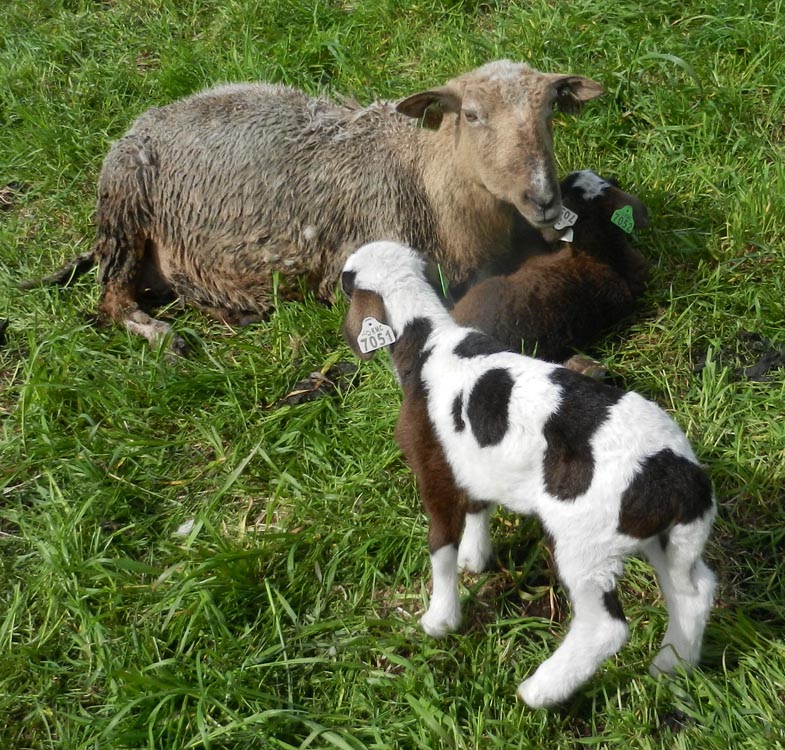